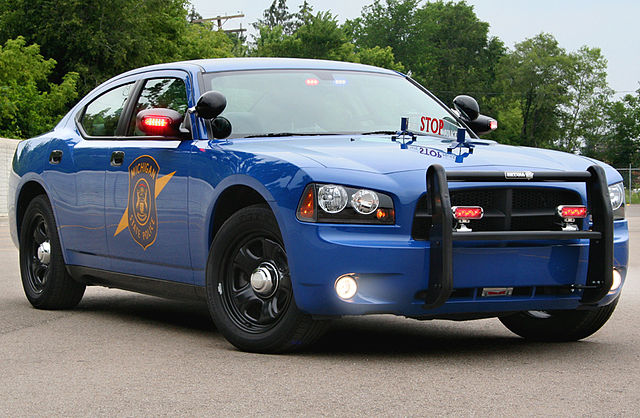 Buckfire Law would like to congratulate Michigan State Police Sgt. Joseph Rowley for being named the nation’s Officer of the Year by The American Legion.

Rowley’s award was reported by the Bay City Times.

Each year, The American Legion bestows the award on an officer “who has performed heroic acts, exceeded the duty requirements expected of his or her positions, and has demonstrated a distinct pattern of community service along with professional achievement.

Stationed at the Tri-City Post in Bay County’s Williams Township for about three years, Rowley hails from Gladwin County and still resides there. Before transferring, his career took him to positions at the Gaylord, Detroit, Metro North, Gladwin and West Branch posts.

Rowley, who is the first person in his family to go into law enforcement, was drawn to the career after meeting the Gladwin Post commander in high school.

Rowley was promoted to his current rank about a month ago and serves as a firearms and defensive tactics instructor as well as a field training officer for new recruits.

Rowley has also dedicated his off-duty time to volunteering at Camp Quality Michigan, which serves children with cancer by providing year-round programs and experiences at no cost to their families.

Rowley will officially receive the award in August.

Read more about Rowley and his award here.