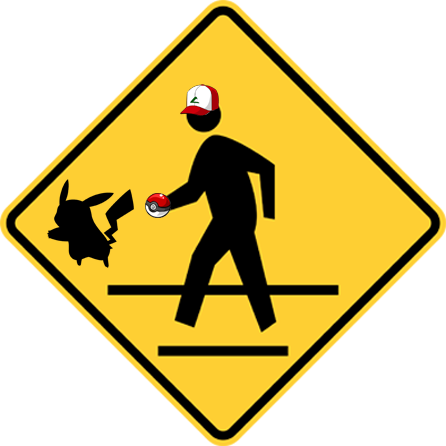 With the release of the popular new smartphone app Pokemon Go in July 2016, thousands of adventurers young and old have taken to the streets to catch, train and battle their favorite pocket monsters. Unfortunately, this light hearted activity can result in serious injuries to pedestrians who may not see dangers in their path as they play the game.

What Is Pokemon Go?

Pokemon Go is the latest iteration of the Pokemon franchise that comes as a free downloadable application for smartphone and tablet users. The app follows a character who moves throughout the virtual world as you move throughout the physical world. As you walk with your phone, creatures will appear on your screen, giving you the chance to catch them and raise them as your own.

Why has Pokemon Go Gone Viral?

Pokemon became popular in the late 1990s in America with the release of several video games for the Gameboy handheld console. Since then, hundreds more Pokemon products and video games have been released by The Pokemon Company, a consortium consisting of three Japanese media companies.

Due to the longevity of the franchise, Pokemon has a large fan base spanning multiple ages and demographics. It is not uncommon to see people in their 20s and 30s playing the new smartphone app, as well as children and teenagers.

To put the popularity of this new app into perspective, in the first week since its release, Pokemon Go has more than doubled the amount of app installations than the popular dating app Tinder, and has also surpassed Twitter in daily active users on Android devices. These are truly astonishing and phenomenal statistics.

Because Pokemon Go requires the user to almost constantly be looking at their smartphone while roaming around in public, the likelihood of accidents occurring has increased dramatically. Teenagers throughout populous areas can be seen in packs on the streets staring at their devices. College campuses across the state are packed with students searching for rare wild Pokemon. When pedestrian accidents happen, our lawyers can help recover compensation for medical bills, lost wages, and more.

If you or anyone in your family has been injured while outside playing Pokemon Go, give our lawyers a call at (800) 606-1717 or fill out the contact form on the side of this page. We may be able to help!